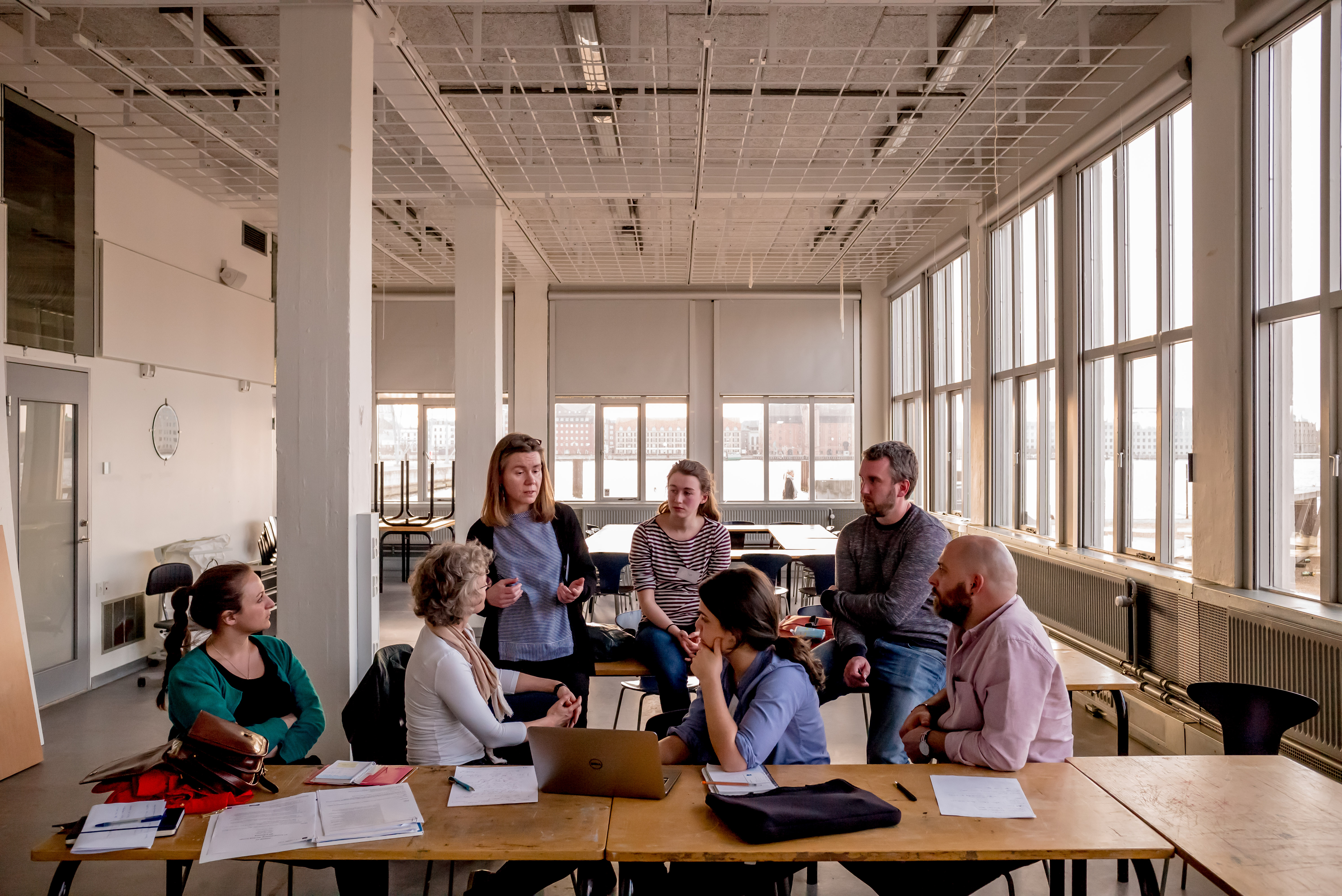 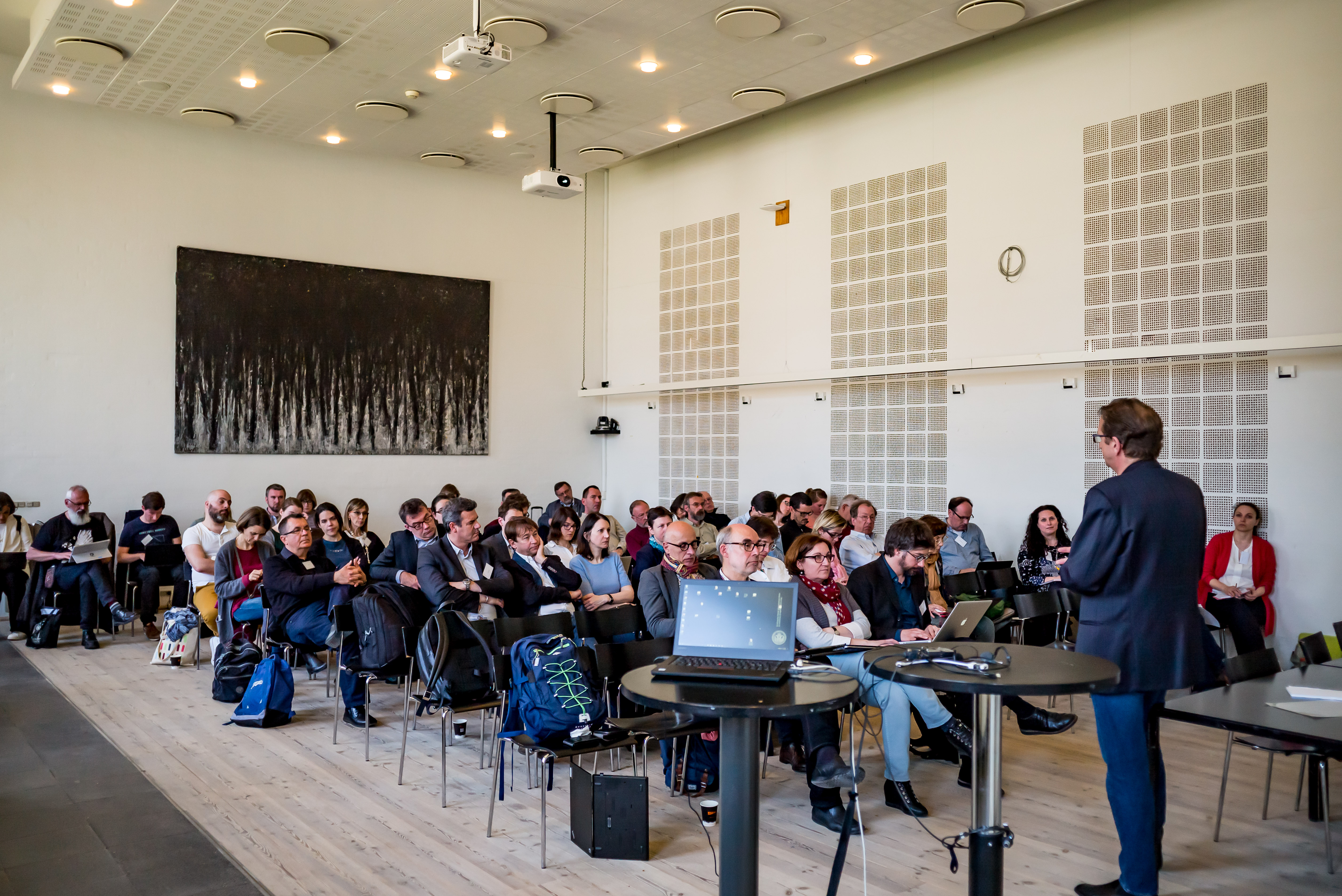 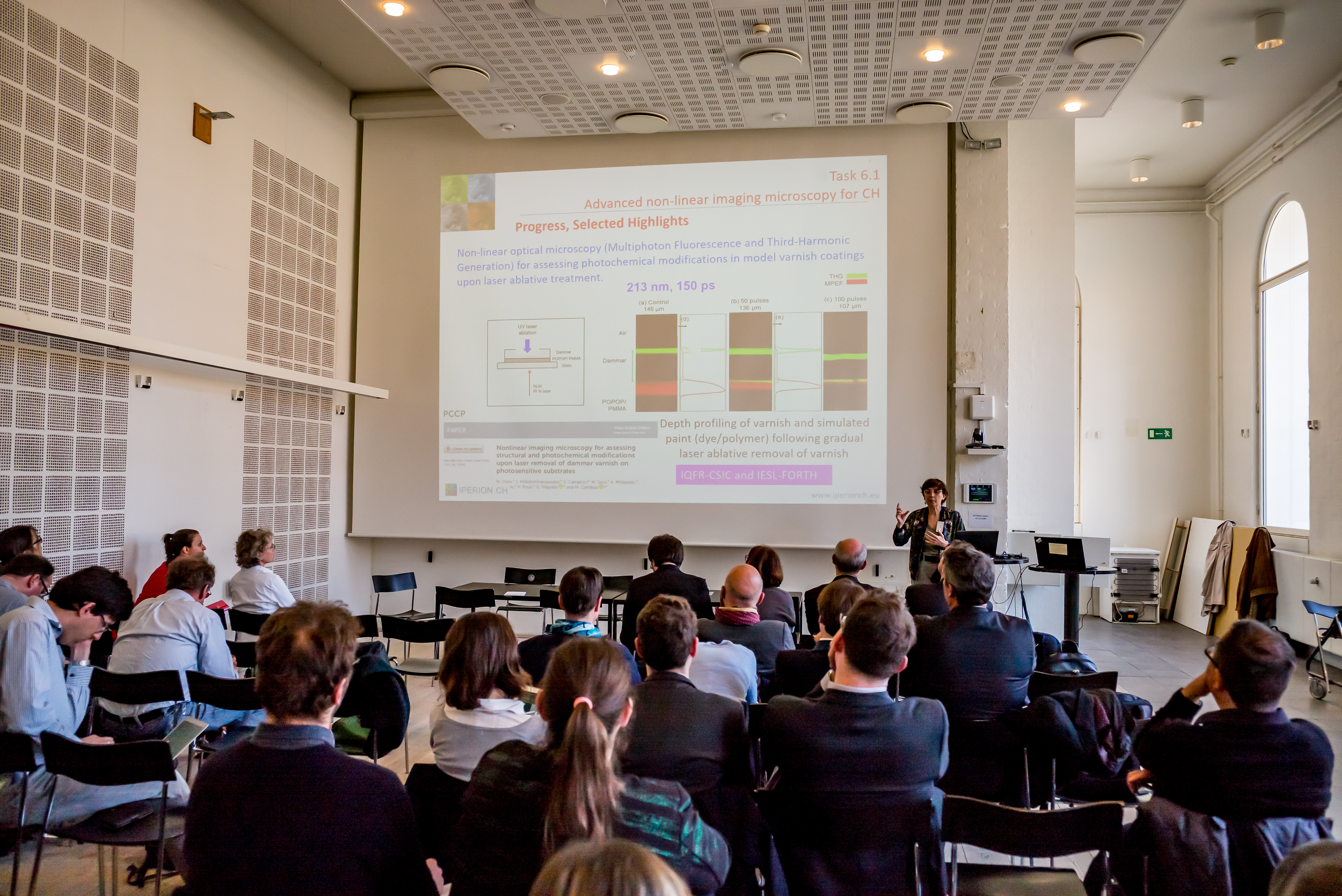 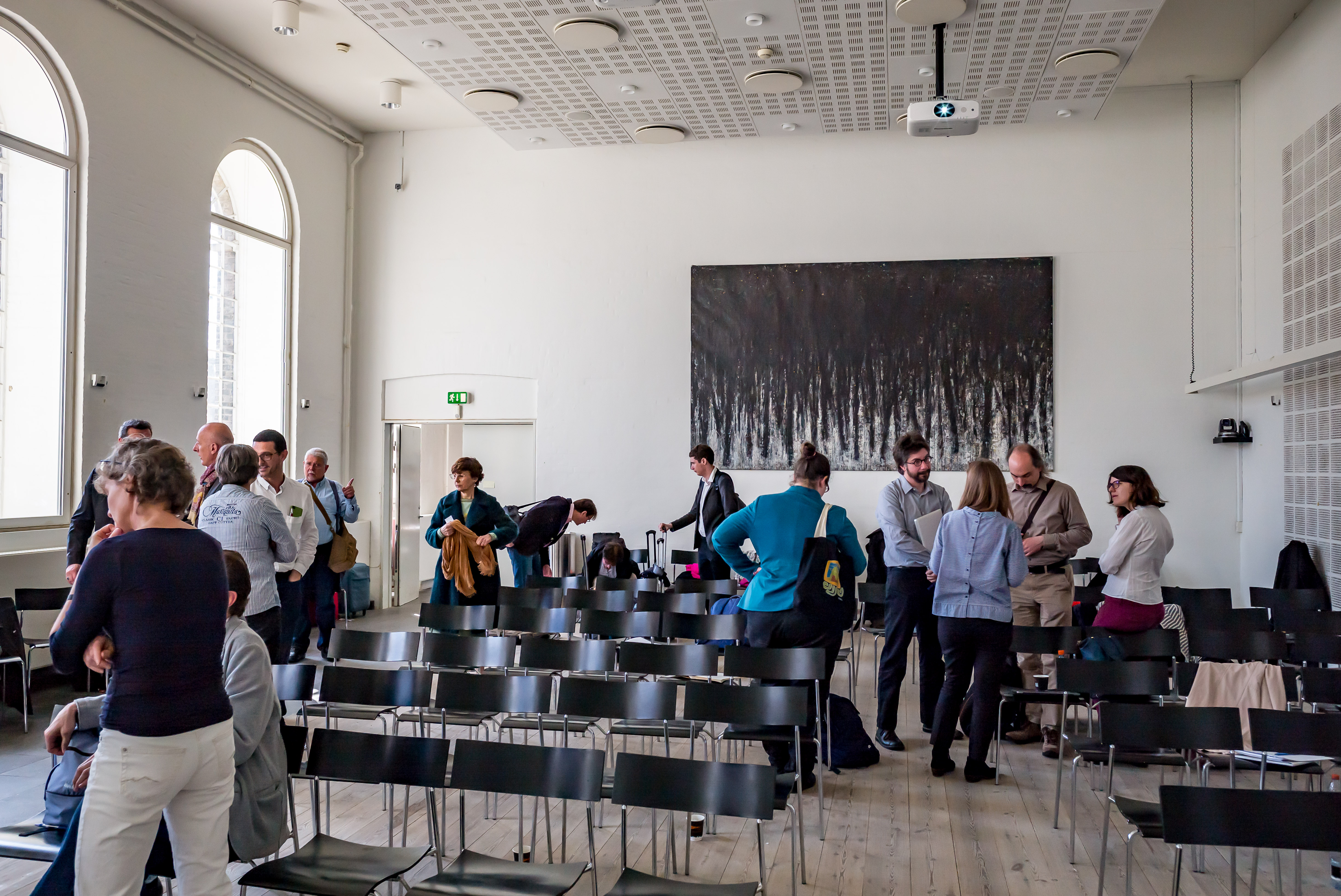 The meeting was hosted by KADK – the Royal Danish Academy of Fine Arts, Schools of Architecture, Design and Conservation – in their downtown Copenhagen campus. KADK is one of the three partners in CATS (the other being the National Museum of Denmark and Statens Museum for Kunst), the Danish IPERION CH group.

The IPERION CH  Steering Committee meeting Wednesday morning April 18 was followed by the 3rd Annual Meeting that convened after lunch at three parallel sessions in the Working Groups WP6, WP8, WP11, WP12. During the sessions the status of the Tasks in the working groups were presented by WP-leaders and a combination of Q & A and the following discussions framed the sessions – with possibilities of informal gatherings and brief outings in the nice spring weather of Copenhagen at coffee breaks.

The morning of the second day, April 19, was again set aside for parallel sessions, now in the working groups WP2 to WP7, and WP9. Nice weather yet again offered the possibility of a mixture of concentrated presentations and discussions in the Working Groups and coffee breaks with networking opportunities on to the campus area right outside the former 19th C Navy buildings now housing the Academy Campus.

Lunch all three days gave the participants an opportunity to sample traditional Danish open sandwiches (“smørrebrød”) with assorted toppings together with 1950s-style lemonades.

The afternoon was set aside for the 1st Plenary Session where Luca Pezzati updated the participants of the status of the project, including the status of reporting, economy and possible negotiations with Brussels on the progress. Furthermore, the finalization of IPERION CH and the preparation and advancement of the proposed continuation in the framework of the European Research Infrastructure for Heritage Science, “E-RIHS”, as it had been discussed by a select group Tuesday April 17, preceding the IPERION CH-meeting.

The 2nd report, with the objectives, rules and regulation to be followed was presented and furthermore discussed – as the deadline is approaching.

The evening was spent together at a restaurant in downtown Copenhagen, serving regional food from the Danish island of Bornholm.

At Friday morning, April 20 – 3rd day of the Meeting – The Governing Board met to discuss and approve of the Steering Committee decisions while the WP7 and WP10 Working Groups held parallel sessions. At the following 2nd and final Plenary Session (from 11:00) the Governing Board decisions were presented, the upcoming discussions with Brussels were debated and the next couple of actions were deliberated – including dates, venues and content of the coming meetings.

Results of presentations and discussions in the various Working Groups during the 3rd Annual IPERION CH Meeting will be presented by each WG and be available to the infrastructure via the IPERION CH Wiki.

At the second and final Plenary Session a number of suggestions was put forward (assorted, specific meetings ending with 4th Annual Meeting probably in Munich). Summer schools, missions to Latin America, etc … but actual decisions were limited. The extension of 6 month was unanimously agreed upon.