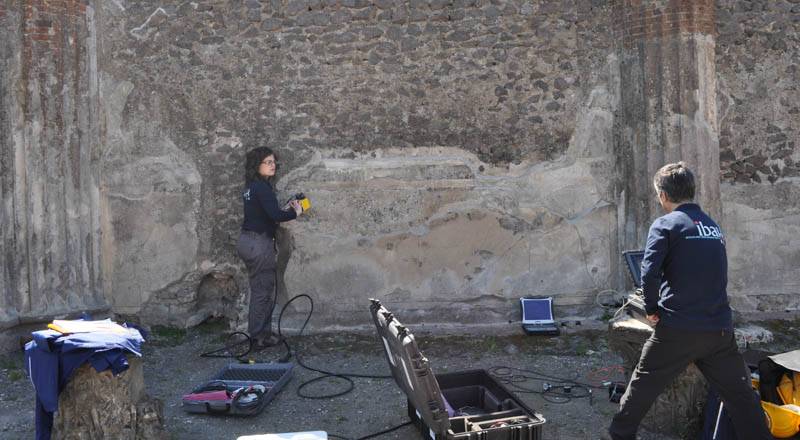 Ground-Penetrating Radar (GPR) is one of the most recent techniques developed in the field of nondestructive geophysics (in relation to other techniques, such as seismic, electrical, etc.), even if the idea to use electromagnetic waves to see through the subsoil dates back to the beginning of the century. The GPR technique is among the most used by the scientific community, thanks to the potential applications offered in various fields, such as civil engineering, hydrogeology, geology, monumental heritage, archeology, and the environment. In many cases (especially in the second half of the eighties), this technique was considered because the resolution of many geophysical problems could not be dealt with by other methodologies. Only in recent years has a more rational approach taken place, aimed at developing a systematic experimentation for identifying its real potential and its limits. GPR methodology consists of the identification of the electromagnetic discontinuities present in the subsoil and/or in the investigated materials due to isolated layers or bodies, having different dielectric characteristics with respect to the surrounding environment. The discontinuities that generate electromagnetic-wave reflections are linked to changes in the dielectric characteristics of the terrain matrix present in the subsoil or, in general, in the material used for the monumental heritage construction, which may be due to lithological changes, to variations in the water content, or to empty spaces present in the ground, such as burials, tombs, tunnels, and fractures. Depth of penetration and the resolution of a GPR survey depend on several factors related to the type of soil and/or material, the chemical composition, the clay content, the moisture content, etc. This is a nondestructive technique that uses short pulses (ranging between 1 and 10 ns) at high frequency (ranging from 10 MHz to some GHz), emitted and received by one or more antennas. Monostatic is the word used to indicate that a single antennaworks as a transmitter (Tx) and receiver (Rx). Bistatic is the word used in the case of two antennas working in a separate mode as Tx and Rx, respectively. Clearly the choice of the antennas to be used is determined by the target of the GPR investigation and therefore by the depth of investigation and the size of the anomalous bodies to be investigated. The result of a GPR survey is a radar profile or radar section, in which the set of traces acquired is displayed while the antenna moves on the ground; in these two-dimensional sections, one of the dimensions represents the line along which the antenna was moved and the other the two-way travel time of the electromagnetic wave reflection events. The two-way travel time, once defined the velocity of propagation of the electromagnetic wave within the investigated material, can be transformed in depth. 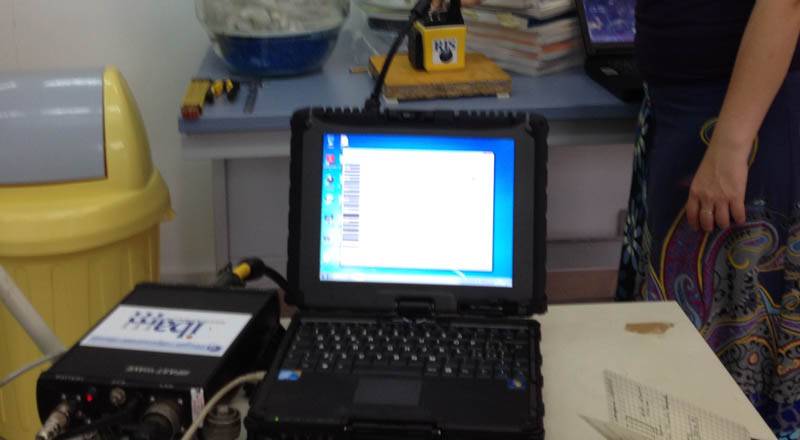