The request for MOLAB was to investigate the colour change between exposed and non-exposed areas in some blues, greens and purples by means of X-ray fluorescence (XRF),Fourier-transformed infrared spectroscopy (FTIR), Raman spectroscopy, UV-vis-NIR reflectance spectroscopy and digital microscopy. Th

e colour change was assumed to be related to the fading of Prussian blue, the most commonly used blue pigment during this period.

The data collected during the four days of the MOLAB campaign will be analyzed and discussed in the near future in collaboration with the MOLAB researchers.

In order to rationalize the data and understand the degradation phenomenon of the pigment, specifically conceived mock-ups will be prepared mixing Prussian blue and variable amounts of white pigments in oil, aged under different conditions and investigated both at SMK and at the CNR/University of Perugia. 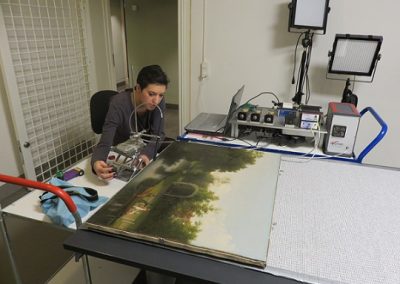 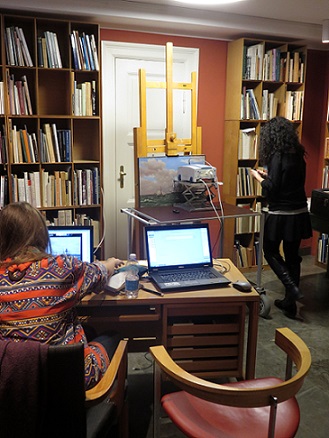 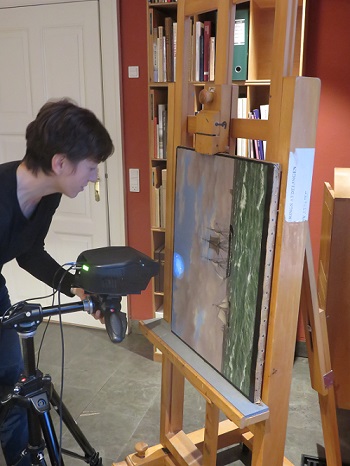