An extraordinary and unexpected discovery in Sardinia, Italy: a Nuraghe found thanks to the LiDAR drone surveys of the CNR ISPC 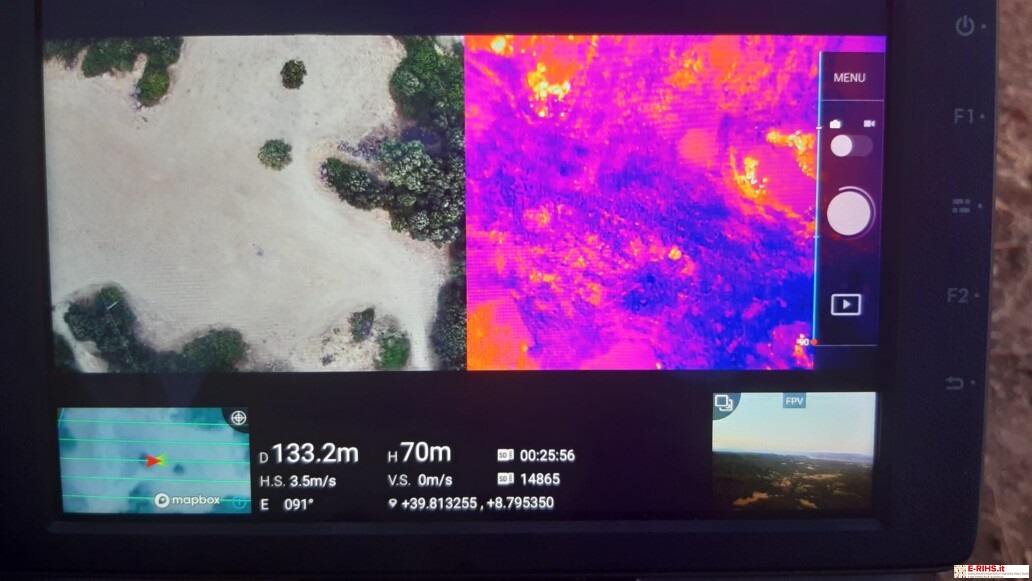 LiDAR technology for the investigation of archaeological sites covered by vegetation

A Nuraghe is the main type of ancient megalithic edifice found in Sardinia, developed during the Nuragic Age between 1900 and 730 B.C.

In the Nuraghe project, the winner of the 2021 national call for access to the mobile laboratories of E-RIHS.it, the LiDAR (Laser Imaging Detection and Ranging) technology was deployed for the investigation of covered archaeological sites from vegetation. Access was offered by  CNR ISPC of Potenza (Italy).

The ability of LiDAR to penetrate inside the vegetation, filtering it appropriately with refined processing algorithms, allows bringing to light archaeological structures and topographical variations of cultural interest not known or partially known due to the great difficulty of detecting them from the ground.

This technology used on an aerial platform is opening up new important research perspectives in studies on the human past around the world: from South America to Meso America, from Southeast Asia to Europe.

The drone LiDAR, compared to the aircraft one, offers further opportunities linked to a greater spatial resolution of the results and the possibility of carrying out more surveys to improve the quality of information and to carry out any monitoring.

The drone LiDAR is an excellence of the AirLab research laboratory of  CNR ISPC of Potenza. It is a platform for drones to acquire remote sensing data with active and passive sensors. AirLab is part of the Italian MOLAB, the mobile laboratories of the research infrastructure for heritage sciences, led by the CNR with a model of open access to the national and international scientific community. MOLAB promotes interdisciplinary research in which the most innovative research methodologies are used for basic research and applied for the knowledge, protection and enhancement of cultural heritage “.

Thanks to the facilities and skills of the CNR ISPC, the Nuragic site of Bruncu ‘e s’Omu in the territory of Villa Verde, in the province of Oristano, Sardinia, was investigated in cooperation with the University of Cagliari. The site is located in a predominantly volcanic area, where archaeological research revealed that the area was heavily populated during the Bronze and Iron Ages (XVIII-VIII century BC) by numerous Nuragic sites. Among these, the site of Bruncu ‘e s’Omu stands out, characterized by a monumental Nuraghe and a hut settlement from the Late Bronze Age (1150-900 BC), still being excavated by the University of Cagliari.

The goal of the LiDAR surveys, integrated with multispectral and thermal infrared prospecting from drones, was to widen the survey field in a densely wooded area, which is difficult to investigate with traditional reconnaissance methods of topographic survey.

The drone LiDAR surveys performed with a high density of points, suitably processed with automatic extraction procedures, including machine learning techniques,  highlighted numerous topographic and micro topographic variations. The data obtained, associated with the ground reconnaissance, resulted in considerable archaeological interest, among these the ruins of a Nuraghe and the structures of two hut settlements.”