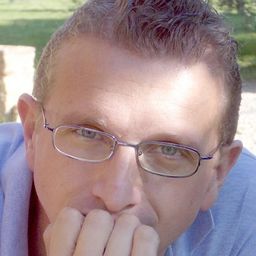 Luca Pezzati, physicist, doing my best to become a heritage scientist. Formerly a researcher with the National Research Council of Italy, at the Institute of Optics in Florence (CNR INO) since 1994. Actually, I’m still there but doing a lot of administrative, political and diplomatic stuff. I’m the coordinator of IPERION CH. Soon after the beginning of the project, as I had some time to spare, I submitted to ESFRI the plan for a permanent European Research Infrastructure for Heritage Science. That is how E-RIHS was born in 2016, pushed by a group of visionary friends trying to change the way heritage science is made, and the way it’s intended by fellow scientists and stakeholders. The only drawback is that now I’m also the coordinator of E-RIHS, in its preparatory phase until January 2020.

Aspiring to be a nuclear physicist, I changed my route at the university towards optics and lasers. Optical metrology was my first research work. Cultural heritage applications came in by pure chance – or by fate – in 1991. In 1998, I started an Art Diagnostic Group and opened an optics lab for heritage objects at the Opificio delle Pietre Dure. I enjoyed prototyping instruments for heritage applications for some years, then…

“Who” brought me to IPERION: Bruno Brunetti invited me to join the proposal for EU-Artech on January 23rd 2003, short before midnight. Then our group stayed on in CHARISMA, together with many excellent partners throughout Europe. Finally, in 2015 I brought IPERION to follow up CHARISMA.

I’m the coordinator. My role is keeping people happy while working together for the project goals and finding more resources for this to happen again in the future.

I work with a group of excellent heritage scientists who are the leaders of the project Work Packages. I also work in close cooperation with the members of our Coordination Office, doing a wonderful job in organizing everything that’s to be organized, and in solving a great deal of day-to-day problems.

My area of work is the one dealing with making project money to appear… Among the problems we face is that too many people still believe that investing in heritage research is absurd. Anyway, the question needs to be answered: I would probably make E-RIHS to start immediately. Heritage research needs E-RIHS to be here and soon.

IPERION CH has been the place where the idea of starting a Research Infrastructure for HS was born and nurtured. We’re still a long way from having provided a working tool to support the HS European Research Area and for helping its defragmentation, but steps were made, and they seem to have irreversibly created a new awareness.

The IPERION group is probably the major contributor to the development of the new scientific domain of HS. As before, the way is traced. Our responsibility is to help the processes to evolve and to come to concrete results.

This is just the beginning!