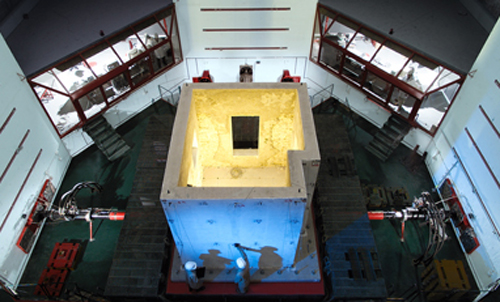 LNEC is a public research institute dedicated to S&T, encompassing the various fields of civil engineering and related scientific areas. At present, LNEC has 500 employees, of which about 180 have a PhD degree or equivalent.  Throughout its existence, LNEC has carried out advanced technological consultancy under contract in more than 40 countries. It houses over 20 testing and research laboratories, ten of which are accredited under the ISO standards. Its large three-degree-of-freedom Seismic Testing Platform is in the ESFRI roadmap and is accessed by researchers and used by LNEC to support international consultancy. Besides the training of its own researchers, LNEC accommodates every year a selection of MSc and PhD students from other institutions, national and foreign, and has an extensive activity in the dissemination of research results and in the transfer of knowledge to practitioners.

Its main scientific core on Civil Engineering is complemented by other engineering branches (Materials, Electronics, Mechanical, Computing) and by a large number of other contributing sciences, namely, Chemistry, Physics, Geology, Biology, as well as Architecture and Sociology. These joint capabilities allow the preparation and implementation of multidisciplinary approaches to complex problems, an emblematic characteristic of the 70-year old Institution.

LNEC is represented in IPERION CH by its Heritage Science sector whose activity covers studies on characterization, decay and conservation of heritage materials, as well as on intangible aspects.

LNEC, at large, has participated in many international research and dissemination projects funded by the EU and other international funding agencies, with partners from all continents. Through the Heritage Sector, it is a founding member of the Portuguese Research Infrastructure on cultural heritage (IPERION-CH.pt) and participated in several important EU-funded research projects on the conservation of cultural heritage, including LabS-TECH, Eu-ARTECH and Charisma. In its consultancy role, the sector has been regularly involved in conservation interventions carried out in some of the most meaningful and emblematic monuments of the built heritage of Portugal and is presently involved on the preparation of a candidacy to the UNESCO List. This sector has also a long experience in knowledge dissemination through the organisation of courses, seminars and congresses within the broad scope of conservation of the Cultural Heritage.