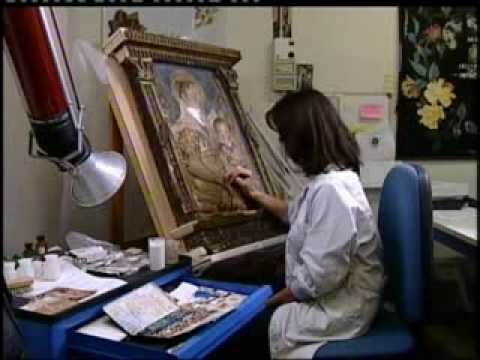 The Opificio delle Pietre Dure (OPD) is a Central Institute of the Italian Ministry for Cultural Heritage and Tourism (MiBACT) founded in 1588 by the Grand Duke Ferdinando I de’ Medici. Its name, “workshop for semi-precious stones”, is appropriate to this unique institute, which combines a long and distinguished tradition with a modern and articulate structure. It is based in Florence but serves all over Italy either as on-site workshops or as advisory services. The Institute is one of the leading conservation and research laboratories in the world. It employs restorers, art historians, archaeologists, conservation scientists, laboratory technicians and administrators. The OPD has also a Graduate School for conservators, open to European citizens and foreigners. The OPD has responsibility at a national level of the safeguard and conservation of cultural heritage. It is linked to prominent European museums too. Among the most recent restorations and relevant scientific studies carried out at the OPD, as examples of the institute’s activity, the Rosano Crucifix (sec. XII); the Agnolo Gaddi’s frescoes in the S. Croce Basilica; the marble statues from the church of Orsanmichele in Florence; the Madonna of the Goldfinch by Raphael, Uffizi Gallery; the sculptural relief of the St. Petronio Basilica, in Bologna; the child St. John the Baptist, by Michelangelo, from the church of Ubada (Spain); Adoration of the Magi by Leonardo da Vinci, Uffizi Gallery; the mural painting in the Castello Sforzesco in Milan, by Leonardo da Vinci, and other masterpieces by Botticelli, Beato Angelico, Antonello da Messina, Bronzino, Piero della Francesca and others.

In the IperionCH project, OPD offers access to its rich archives related to restoration projects.