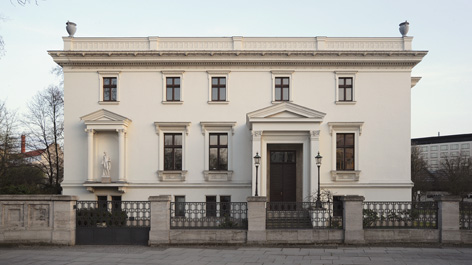 With its museums, libraries, archives, and research institutes, the Stiftung Preußischer Kulturbesitz (SPK, Prussian Cultural Heritage Foundation) is one of the important cultural institutions in the world. It was established in 1957 by federal law as a foundation directly responsible to the German government. The SPK has taken over tasks of national interest in various thematic areas including research and documentation of museums as such and best management practices. Because of its structure as a cross-disciplinary cultural institution, the Foundation has extensive knowledge about the preservation of cultural assets and digitization. The active part of the SPK facilities for IPERION-HS are the Staatliche Museen zu Berlin (SMB). The other organizations that fall under the auspices of the Stiftung Preußischer Kulturbesitz (SPK) are the Staatsbibliothek (State library of Berlin), Geheimes Staatsarchiv (an archive of Prussian state documents), the Ibero-Amerikanisches Institut (a specialist library of Spanish- and Portuguese-language literature), and the Staatliches Institut für Musikforschung (a musicological research institute which has its own museum: the Musikinstrumenten-Museum). The SPK was founded in 1957 to preserve cultural artefacts belonging to the former state of Prussia. The SPK is funded by the federal German government and all 16 of Germany’s individual states. With its numerous institutions that have evolved over generations, the SMB constitutes an encyclopaedic museum, spread over many different sites, that aims to preserve, research, and display art treasures and cultural artefacts dating from all human history, and educate the public about their importance. The Staatliche Museen zu Berlin’s collections encompass the fields of European and non-European art, archaeology and ethnology from virtually all nations, cultures, and periods. The SMB are enriched and supported by the Rathgen-Forschungslabor (Rathgen Research Laboratory, RF) for the scientific research. It is the leading institution for heritage science of the SMB. The Rathgen-Forschungslabor is believed to be the oldest museum’s laboratory in the world. It was founded in 1888 as the Chemical Laboratory of the Königliche Museen zu Berlin (Royal Museums of Berlin) and was later renamed in honour of its first director Friedrich Rathgen, a chemist who specialized in the conservation and analysis of historical objects. It investigates museum objects and ancient materials of all kinds and conducts scientific research on the preservation of historical objects, monuments and archaeological sites. The five main research areas are: Preventive conservation, Study of alteration and degradation mechanisms of cultural heritage, Art-technological investigations of objects, Science for conservation, Archaeometry.

SPK participates in the project  with seven third parties: