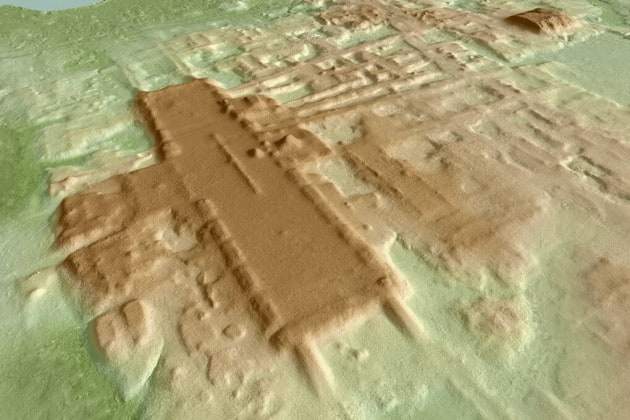 Early monumental constructions and the origins of Maya civilization, is the title of the lecture given on October 9 by the archaeologist Takeshi Inomata, Professor at the School of Anthropology of the University of Arizona. The webinar is organized by the Institute of Heritage Science of CNR, the National Research Council of Italy within the series CNR-ISPC on-air. Nicola Masini, head of the CNR ISPC branch in Potenza, will introduce and moderate the webinar.

In Tabasco, Mexico, not far from the Usumacinta River near the north-western border of Guatemala, a team of international researchers led by Professor Takeshi Inomata, using LIDAR (Laser Imaging Detection and Ranging), found in 2017 a monumental complex currently considered, as stated in the article recently published in the prestigious journal Nature, “the oldest monumental construction ever found in the Maya area and the largest in the entire pre-Hispanic history of the region”.

With the aim of examining the relationship between the inhabitants of the Mayan plains and those of the Olmec region, and with the help of the cutting-edge methodological approach LIDAR, the archaeological excavation activities and the Bayesian analysis of radiocarbon dates, the international research team led by Inomata, identified a number of organized ceremonial complexes dating back to 1000-800 BC. Among these, the largest identified complex is the Aguada Fénix site, an artificial plateau (1400 x 400 m), which suggests a significant social change, thus calling into question the early development of the Maya civilization.

The webinar, organized by CNR ISPC, part of E-RIHS.it, the Italian node of E-RIHS.eu, European Research Infrastructure for Heritage Science, will be an opportunity not only to share scientific results but also to make available to the whole community working in the Heritage Science field, the methodologies and instruments related to LIDAR, thanks to the expertise of the CNR ISPC branch in Potenza.

ISPC Potenza is a part of the MOLAB platform which offers transnational access to advanced mobile instrumentation to perform in situ and ex situ non-invasive analysis on works of art, archaeological sites and historical monuments.

Registration to the webinar