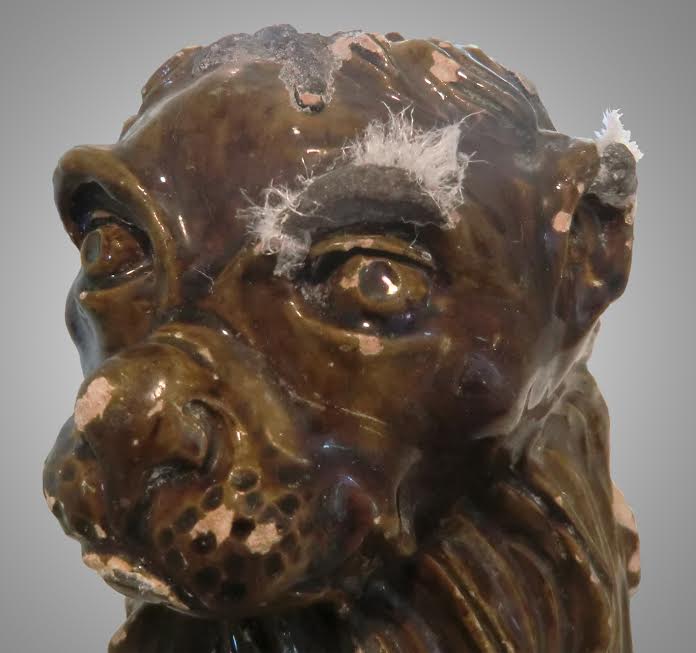 At the British Museum, our expectation in the RACOPHINO (RARE CORROSION PHENOMENA OF INORGANIC OBJECTS) research were fully met: We could identify a number of reports with interesting details in the digitized files of the BM lab and could check some old Debye Scherrer films which considerably adds to the knowledge base on rare corrosion phenomena.
This will have a direct impact on our future research in Stuttgart:
– Glass-induced metal corrosion: we will analyze two samples from BM enameled objects and exchange information
– Zinc corrosion: We will focus on this in our new research project as the BM reports confirm that there are still unknown compounds
– Black Spots grown in the lab will be analyzed by modern XRPD to better identify the involved phases in our ‘Pech mit Schwefel’ Ph.D. project
– Curly malachite: future occurrence will be analyzed by Raman microscopy, we’ll watch out for azurite
– Spertiniite: Results were included in our review paper
– Oddy Test: New tests in Stuttgart will be set up to troubleshoot our experimental setup and to clarify the influence of variations and its possible impact on results
– Calcium acetate: We will synthesize the calcium acetate formate hydrate detected by the BM on marble and try to determine the crystal structure.
At RCE  we could not only check laboratory reports but also discuss research with colleagues. As the conservation program of the University of Amsterdam and the conservation labs of Rijksmuseum are hosted in the same building (‘Ateliergebouw’) we also had a very fruitful exchange of ideas with many experts. This all will have an impact on our work in Stuttgart:
– Glass-induced metal corrosion: we will analyze two further samples from Rijksmuseum
– Curly malachite: future occurrence will be described using the metrics proposed by the RCE. An exchange of findings has been agreed on
– Spertiniite: A joint program for investigation of pigment samples in the RCE collection (Bremen blue and green, Kalkblauw) and replication of old recipes will be set up
– Calcium acetate: We will try to determine the structure and formula of an unknown compound where Guus Verhaar found also nitrate and formate.
– Research strategy: as the example of NICAS with the integration of humanities, science, and conservation in research design forms an impressive example for Germany, we will invite Robert van Langh to present the Dutch experience in Stuttgart.

← TIMOR: Terahertz Imaging of a Concealed Wall Painting at the Church of St Gregory the Great, Morville, Shropshire, UK GOYA: review technical documentation of the portrait of Don Francisco de Saavedra at the Courtauld Gallery →
Keywords