The Molab of E-RIHS.it investigates the COSPI Code, a very rare witness of pre-Columbian Mexico at the University Library of Bologna 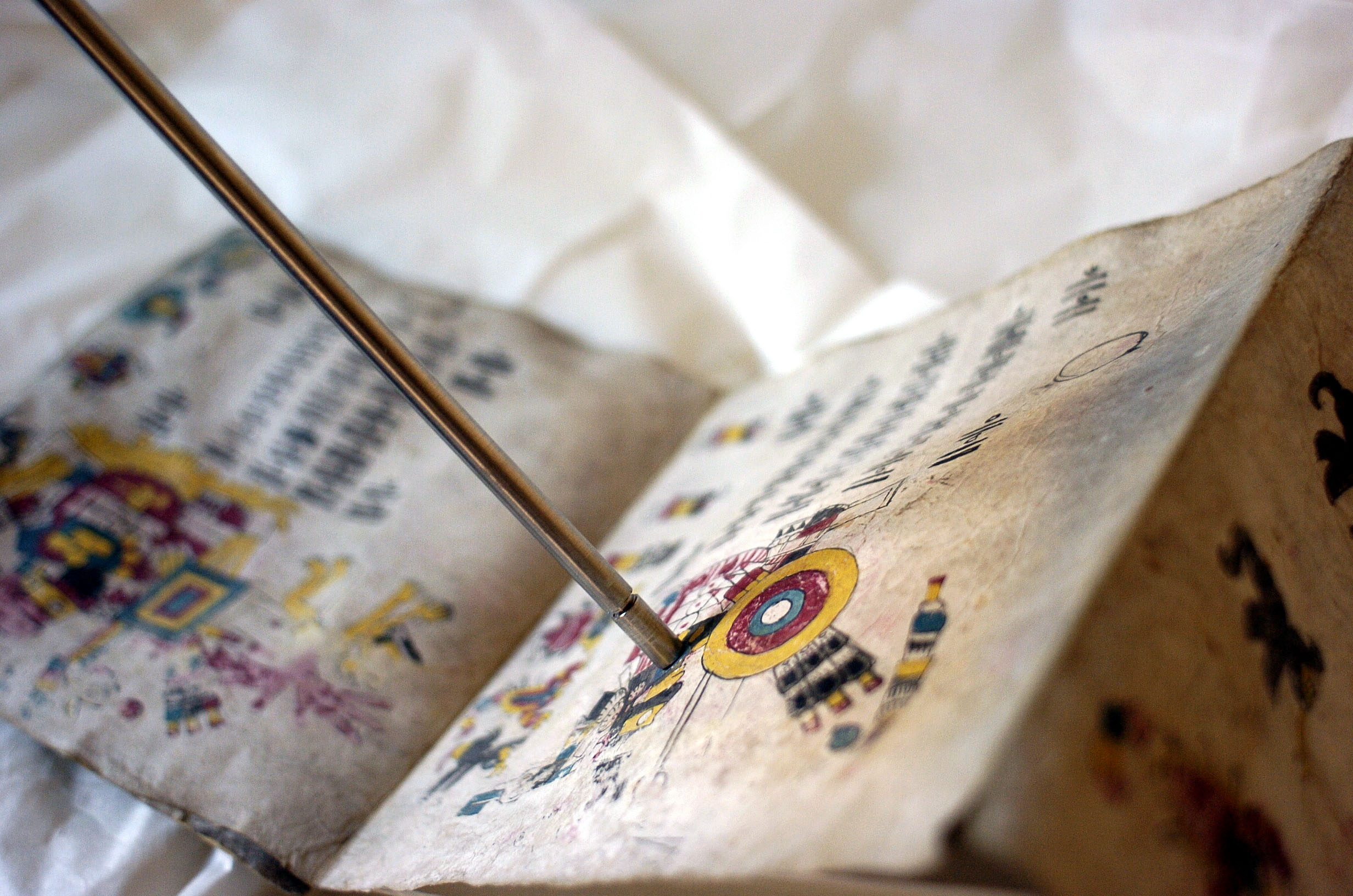 The Codex Cospi, a pre-Columbian manuscript, painted between the end of the 15th and the beginning of the 16th century, will have no more secrets. Of Nahuan divinatory origin (i.e. “Aztec”), it is one of the very few pre-Columbian “books” – a dozen in all – that survived the ravages of time and the destructive fury of conquerors and Catholic missionaries.

The painting techniques, the materials used, the state of conservation will be investigated by a team of researchers from the Scientific Methodologies Applied to Archeology and Art (SMAArt) Center of Excellence of the University of Perugia, the Institute of Chemical Sciences and Technologies’ Giulio Natta ‘(Scitec) and the Institute of Heritage Science (Ispc) both of the National Research Council, all aggregated in the Molab access platform of the Italian node of E-RIHS.it

Hyperspectral and fluorescence imaging techniques will be employed to study the complex colour production technologies developed by the ancient Mesoamerican peoples. In particular, it will be possible to map the distribution of compositional materials (both organic and inorganic) on all pages, thus providing the opportunity to analyze with previously unthinkable detail the technological and pictorial practices developed by pre-Columbian artists.

A very rare witness of an immense book heritage condemned to oblivion, the Code was probably brought to Bologna by the Spanish Dominican Domingo de Betanzos on the occasion of his meeting with Pope Clement VII, which took place on March 3, 1533. Since then it remained in the city, passing through the collection of Ferdinando Cospi and then into that of the Institute of the Academy of Sciences until it entered the collection of the University Library of Bologna.

In 2006, a first non-invasive analysis campaign was carried out on the Code thanks to a collaboration between Davide Domenici (Americanist anthropologist of the Department of History, Culture and Civilization), Antonio Sgamellotti (a member of the Accademia dei Lincei, then professor of chemistry at the University of Perugia and co-founder of MOLAB), and Costanza Miliani now director of Cnr-Ispc and coordinator of the MOLAB platform of E-RIHS.it.

From that campaign, the first of its kind ever carried out in the world on a pre-Columbian manuscript, non-invasive diagnostic projects were born, funded as part of the European access projects Eu-ARTECH (2006–2009), CHARISMA (2009–2014) and IPERION-CH (2014). Those projects led the group of Italian researchers to analyze most of the pre-Columbian manuscripts existing today, currently preserved in institutions such as the Museo de América in Madrid, the British Museum, the World Museum in Liverpool, the Bodleian Library of Oxford and the Vatican Apostolic Library.

Almost fifteen years after those first investigations, MOLAB is about to examine the Cospi Code again,

Under the coordination of Laura Cartechini, head of the Perugia branch of Cnr-Scitec and Aldo Romani, president of SMAArt the Code will be analyzed by using the new study techniques that the rapid technological development has made available in the meantime. The results obtained in 2006 will then be integrated and enriched with the use of macro-XRF imaging techniques (X-ray fluorescence) and hyperspectral imaging in the visible range (both in reflectance and in fluorescence).

Thanks to them it will be possible to know the distribution of inorganic pigments and to map the use of organic dyes such as indigo, used together with specific clays in the production of the famous Maya Blue.