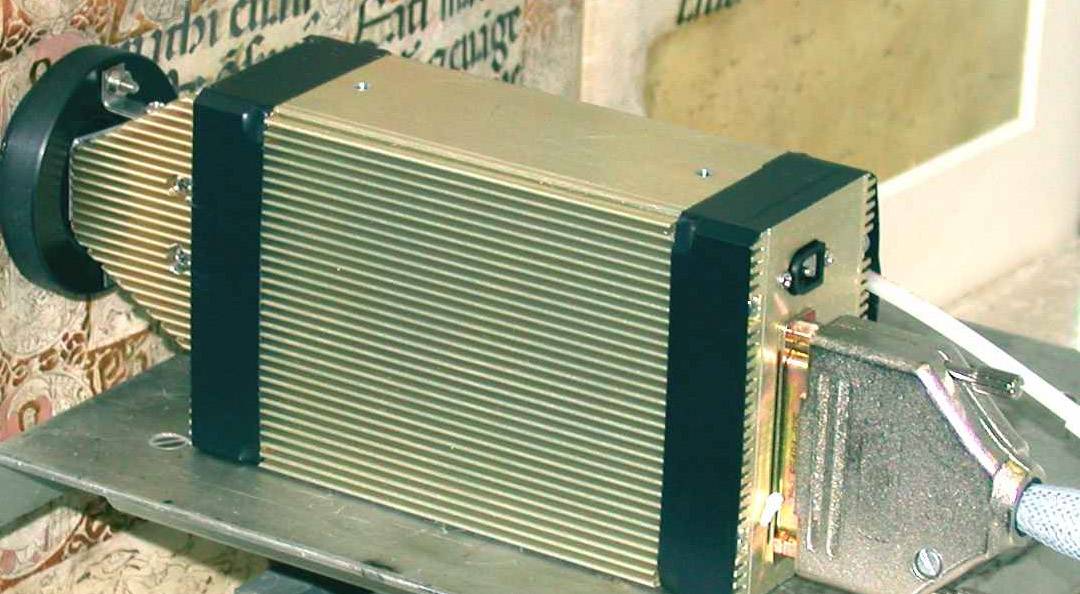 The portable PIXE-alpha system consists of a polonium source emitting alpha particles of 5 MeV energy. It is based on an annular geometry and it is coupled to a 25 mm2 SDD detector with a high energy resolution of 125 eV at 5.9 keV. The beam spot on the sample is 18 mm diamater. A helium flux during the measurements, allows us to minimize the absorption and to reveal the characteristic low energy X-ray fluorescence lines emitted by the light elements starting from the sodium. The low and medium atomic number elements (from Na to Zn) are well revealed trough the K lines while the heavy element (e.g., Au, Hg, Pb, etc.) trough the efficient detection of the M lines. The detection limit of the technique is in the range of 0.1 % suited for investigating both the major components and the minor elements of the matrix materials. The low energy XRF spectrometer consists of a tungsten anode X-ray tube operating at 8 kV and 1.5 mA; the tube is coupled to a straight shaped mono-capillary with 100 micron diameter. The X-ray polycapillary optic is mounted on a XY micrometric stage for its fine coupling with the X-ray source . The detection of X-rays induced on the samples is performed by a 80 mm2 SDD detector with an energy resolution down to 133 eV at 5.9 keV. The X-ray source and the detector are placed in a very compact 90° geometry, with source-sample and sample-detector distances both equal to 5 mm from the sample surface. The sample holder is equipped with a XY motorized stage in order to perform the elemental mapping of the surface with a minimum step-size of 100 micron and a travel range of 25 mm. Measurements are in the range of 100s to detect enough statistics for both major and trace elements composing the sample. The presence of an He flux during the measurements allows us to detect low-Z elements starting form Na. The detection limits is in the range of 10-100 ppm depending on the matrix material under investigation.

The PIXE-alpha and the low energy XRF spectrometers are non-destructive and can be used in situ for the quantification of chemical elements (starting from Na) composing the surface of samples. The analytical depth of the two techniques is in the range of 1-5 microns (e.g. in the case of metals) to 10-15 microns (e.g. in the case of clay materials).