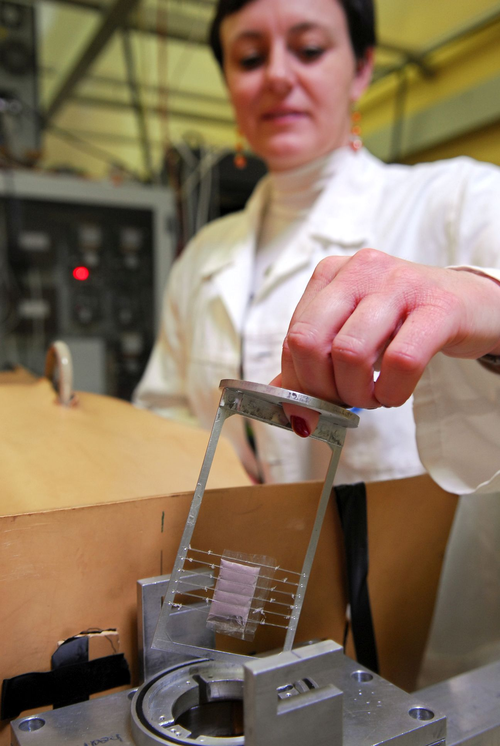 The goal of the experiment was to determine the historical evolution of glass production technology – from paste (glass “clay”) recipes to colorants and opacifiers in the Second Millennium B C. Our study has sought to  determine the presence of Na – K as fluxes, of Ca, Mg, Al oxides and of Mn, Fe, Co, Cu, Zn, Pb, As, Sn metallic oxides. We started with transparent and colored Roman glass samples from V–VI Centuries A.D. discovered in various archaeological sites from Dobroudja, samples potentially partially local produced and partially imported from important cities as Byzantium and continued with colored (blue, red, violet, white and brown) glass fragments from some Byzantine painted bracelets (XI-XIIth Centuries), analyzing both the glass and the mineral pigments (yellow, red, brown, green, blue) from the painting.

One of the most spectacular results is the identification of a relevant presence of Cobalt in a few fragments of dark blue Byzantine glass bracelets. Cobalt oxide was used as the coloring agent of the glass in few cases at the Second Millenium AD in South-Eastern Europe due to the scarcity of the Cobalt mineral deposits. As the most relevant geological source of Cobalt minerals was Iran (Kashan province), our bracelets could be produced in a specialized workshop somewhere in an important imperial city as Thessaloniki or Constantinople. Identified pigments for painting bracelets contain Lead and Tin (yellow pigment), Copper (red pigment).

Our study will be completed after the processing of both milli-PIXE and PGAA analyses.