PYROCER – Investigation of pyrotechnical ceramics from the Workshop of Phidias in Olympia, Greece 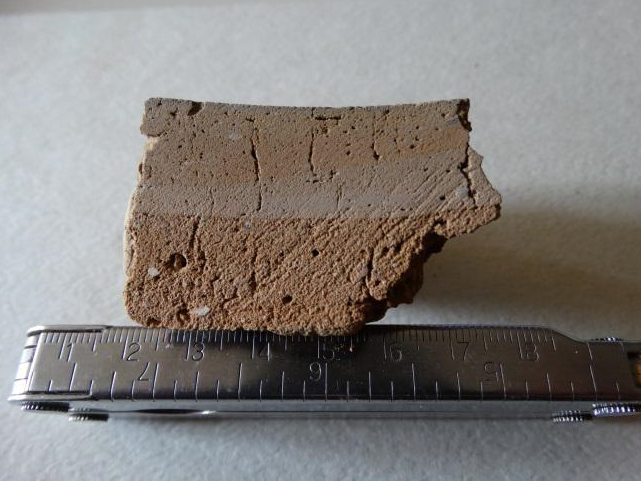 Scope of the present project is the investigation of pyrotechnical ceramics, which were excavated in the ‘Workshop of Phidias’ in Olympia (Greece), a bronze casting workshop in the vicinity of the sanctuary dated to the 5th century BC (Heilmeyer et al. 1987, Zimmer 1990, pp. 39-51), and in a contemporary workshop in the Athenian craftspeople quarter Kerameikos (Heilmeyer et al. 1987). Fragments of these pyrotechnical ceramics, including furnaces, crucibles, casting molds and tuyères, have been examined during the 1980s (Schneider and Zimmer 1984, Heilmeyer et al. 1987) and a part of this assemblage has been preserved in the ‘Antikensammlung’ Berlin. The present ARCHLAB visit was focused on a complementary examination of selected samples of this material, particularly of crucibles and casting moulds, using microscopic methods, such as optical microscopy (OM) and scanning electron microscopy (SEM) and mineralogical examination by Fourier-Transform infrared spectroscopy (FTIR). Among other results new findings concerning microstructure and micromorphology of the ceramics were expected, providing information about the fabrication of the ceramics as well as the actual metallurgical processes, which they were used for. This was of particular interest in view of our project investigating Protogeometric and Geometric bronze tripod cauldrons (funded by the German Research Foundation; co-ordinated by Dr. M. Kiderlen, Humboldt University). Within the framework of this project, we have examined residues of Geometric casting ceramics, sampled from casted tripod fragments, found at the sanctuaries in Olympia and Kalapodi (Kiderlen et al. 2017). Apart from these comparatively small residues there was no further evidence for casting workshops of the Geometric Period at the two sanctuaries. Nevertheless, the hitherto results proved local production of bronze tripod cauldrons, based mainly on the used raw materials, and provided basic information about casting technology and fabrication technology of casting ceramics during this period. In the case of Kalapodi it was furthermore possible to sample crucibles, molds and tuyères from a Classic bronze casting workshop for a comparative case study (Hein et al. 2017). The present assemblage from Olympia and Athens, of the Classical Period as well, thus is expected to provide further information about raw material selection, construction particularly of casting moulds and practical use of the pyrotechnical tools in Olympia and Athens. First results based on the investigations during the ARCHLAB visit at the Rathgen Forschungslabor will be discussed in the report.