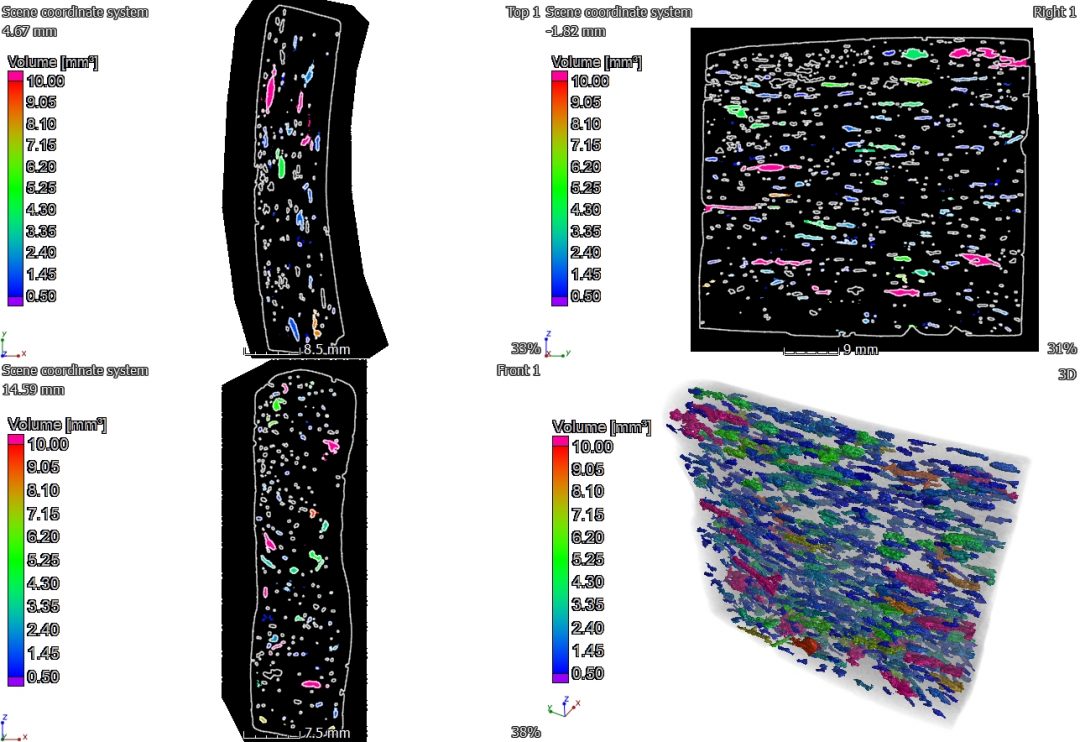 The aim of the project was to investigate the suitability of non-destructive neutron computer tomography (CT) as a means for identifying the forming techniques used in the production of ancient organic-tempered pottery. Specifically, it aimed to create a three-dimensional (3D) model of the distribution of the voids/carbonised particles left within the ceramic matrix resulting from the complete or partial combustion of organic fibers within samples of ancient pottery and modern replicas. Through statistical analysis of the orientation of these fibrous voids/particles in 3D space, it was envisaged that preferential alignments might be detected, which in turn might correlate with suspected or known forming techniques. This information could then be used to further refine the detection of preferential particle alignments by more conventional, and cheaper, modes of analysis, in particular by petrographic analysis of ceramic thin sections or two-dimensional (2D) X-ray radiography.

A total of 22 samples (10 archaeological and 12 modern experimental) were analysed by neutron CT, exceeding the initial estimate of 10 samples. Final analysis of the data is still ongoing, but preliminary results indicate that neutron CT is able to detect successfully the remains, either as voids or carbonised particles, of fibrous organic temper in both ancient and modern pottery. Using prior information on the expected size and shape of the organic particles (gathered from petrographic and microscopic examinations), a suitable range of filter parameters was established, allowing the fibrous organic inclusions to be isolated from the surrounding ceramic matrix and inorganic inclusions. This filtering permitted the orientation of the fibers to be visualised both in 3D models and 2D ‘slices’; the latter allowing visual comparisons to be made with petrographic thin sections. Furthermore, statistical analysis of the particle orientations demonstrates that differences in mean particle projected lengths can be detected in the modern experimental samples, correlating with the known forming techniques. Statistical analysis of the archaeological samples is still on-going.

Owing to circumstances beyond the control of the project it was not possible to undertake X-ray radiography at the BNC, however, this shortcoming was more than offset by a significant increase in the number of samples analysed by neutron CT and by the quality of the results obtained so far. A further challenge faced by the project has been the significant amount of time required to process the topographies and undertake the statistical analysis, although this is to be expected given the complexities and novelties of the analysis. Nonetheless, the preliminary results appear very positive and demonstrate the potential of this novel analysis to the study of ancient pottery.