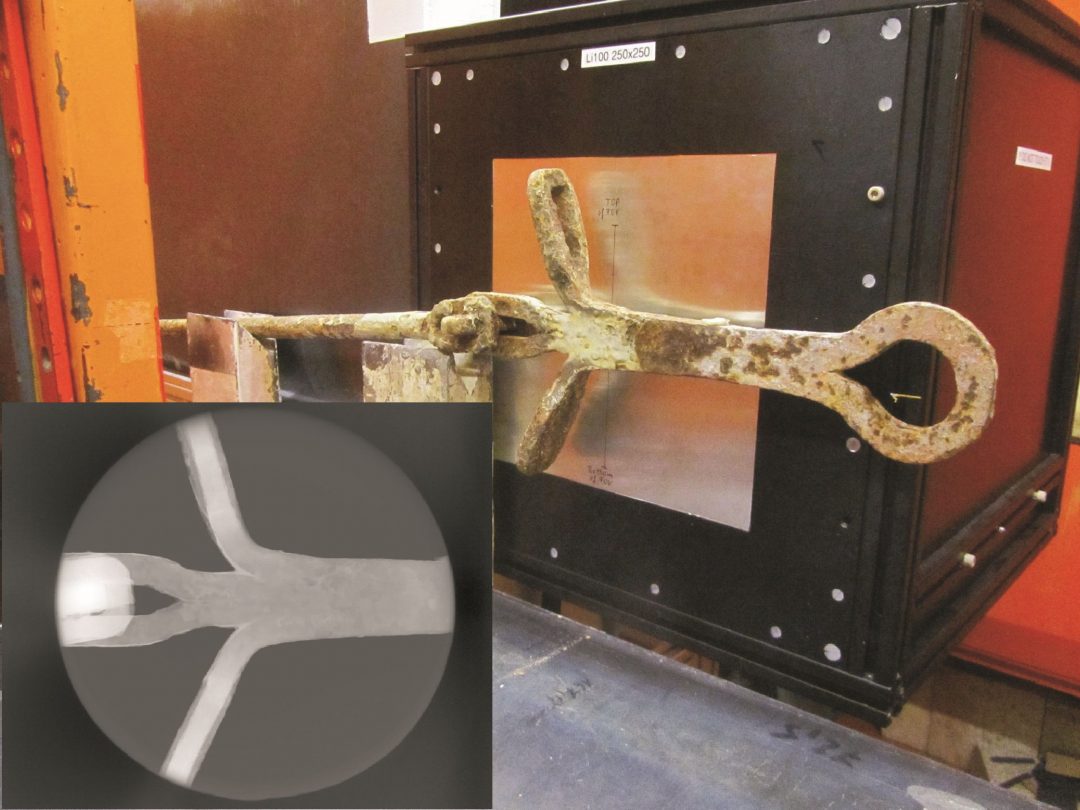 The principal aims were deeper material characterization and identification of local defects in the tie rods of the Milan cathedral. Former metallographic and hardness tests revealed the extremely heterogeneous structure of the rods. The estimated data were, however, most questionable for the characterization of the inner part of the rods, therefore, new neutron imaging studies could provide valuable information for models based on the previous investigations.
Successful thermal neutron imaging experiments have been performed on the RAD imaging station of the Budapest Neutron Center. The imaging setup had a circular Field-of-View (FoV) with a diameter of 180 mm, and the spatial resolution was 0.24 mm. The imaging of the long tie rods and the large iron slab were accomplished by moving the objects provided there are overlapping parts in the FoV. The rods were not cleaned before. The FIJI code was used for a later image processing to produce the so called attenuation images. Images are flat-field and dark current corrected, but beam hardening and scattering corrections were not applied. Cracks and voids were possible to identify. The corroded parts are separated from each other showing how they were originally assembled. It gives some hints about the fabrication technique and the way how other rods could principally be attacked by corrosion. The peelable layers visible by naked eye and neutron imaging are a mixture of corrosion products and painting materials.

← ChertPIXE: The geochemical characterization of chert by PIXE: a key to understand human mobility in the Pyrenees during the Prehistory SOFIA: Search Of Fingerprints In Archaeometallurgy: elemental composition study of three gold fragments from an ancient Italian processional cross →