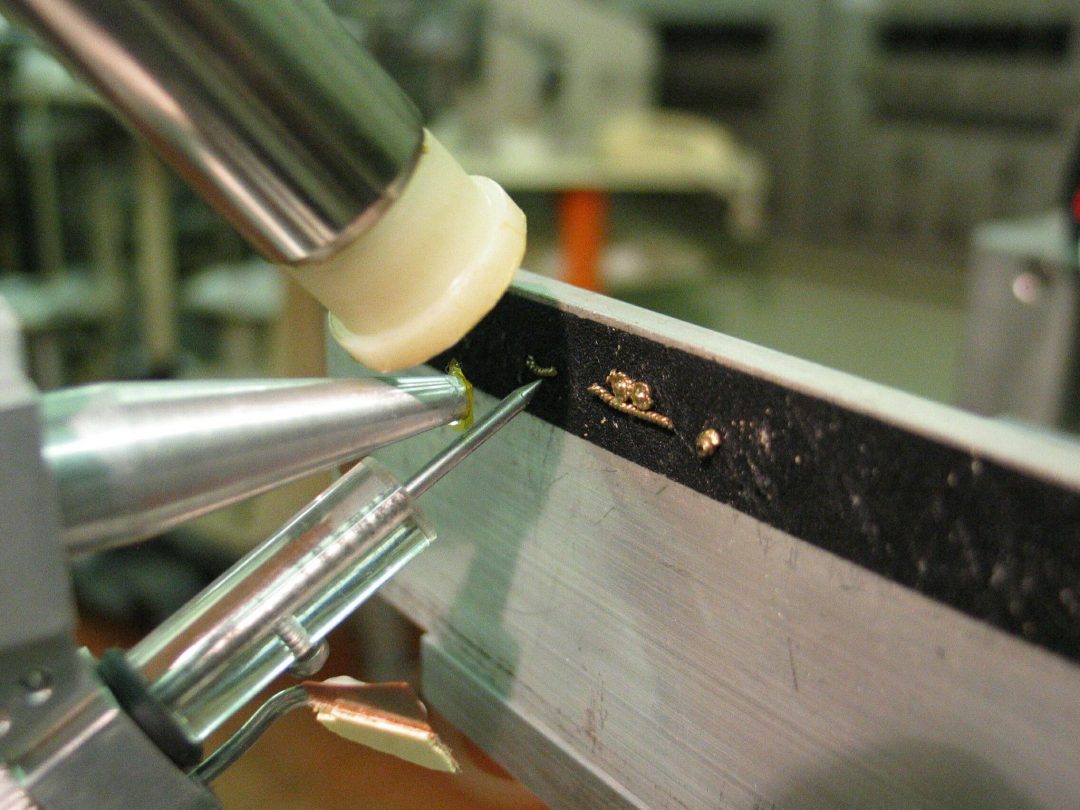 The aim of SOFIA is the study of a processional cross, coming from the abbey of Chiaravalle (close to Milan, Italy) and dated to the XIIIth century. The cross is of rather complex construction of rare beauty, being decorated by 985 gems and a fine gold filigree. During a recent restoration, some very small pieces of gold filigree were made available for scientific analyses.
Our techniques of choice will be XRF, PIXE, and PGAA, in order to get information both from the surface and from the bulk of the samples.
Expected results will be related to the elemental composition derived.
In our case, we want to verify the use of amalgam technique (mix of Au and Hg) over a silver sample, and we would like to infer, from the possible presence of unusual minor/trace elements, indications on both the provenance of the metals used and the soldering technique.
The experiments were run in April 2016 at BNC, Budapest.
PGAA, XRF and PIXE measurements were carried out on all samples.
No particular difficulty was encountered, except the small size of the samples (unfortunately, no bigger samples were available). On the other side, the major advantage was that all the techniques were non-invasive and not-destructive and the samples (after a period of time necessary to let them reach normal levels of radioactivity) were returned to the owners.
Data treatments and analysis are still in progress. Preliminary results (thanks also to the help of local instrument scientists) derived the mean composition of the filigree by PGAA and some local/spot elemental indications from PIXE.
Main achievements concern:
the detection of Hg, thus confirming the use of amalgam technique;
the mean concentration of Ag, Au, and Cu, in the bulk of the samples, thus giving information on the starting materials.
These results were presented at a dedicated conference held in Milan (16/05/2016), entitled: “La Croce di Chiaravalle: Approfondimenti storico – scientifici in occasione del restauro” (Chiaravalle Cross: historical and scientific research during the restoration). Future publications on the experiments run at BNC will include also the proceedings of this conference.