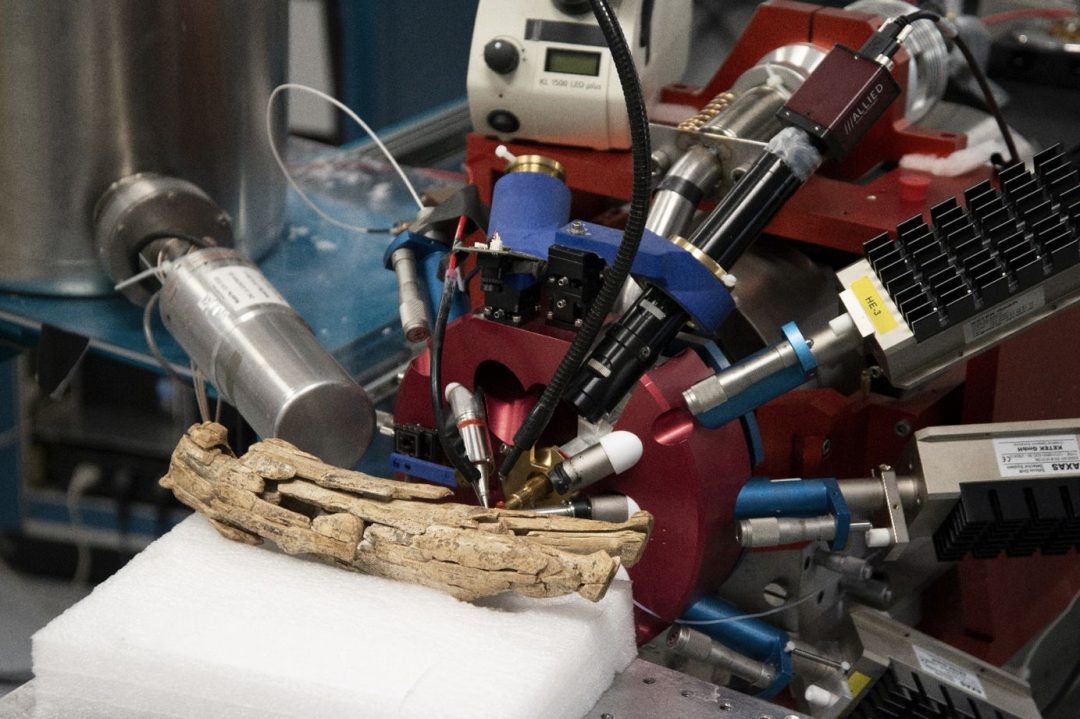 Non-invasive combined micro-PIXE/PIGE/RBS analyses and imaging of the Palaeolithic mammoth ivory sculpture called Lion man, an uncarved tusk and ivory fragments from the same burial context of Hohlenstein-Stadel, Southern Germany, were performed at the New AGLAE facility in the C2RMF, in Paris. With an age of about 35000 years, this sculpture belongs to the oldest known carved 3D objects in the world. The experiments were intended to show: