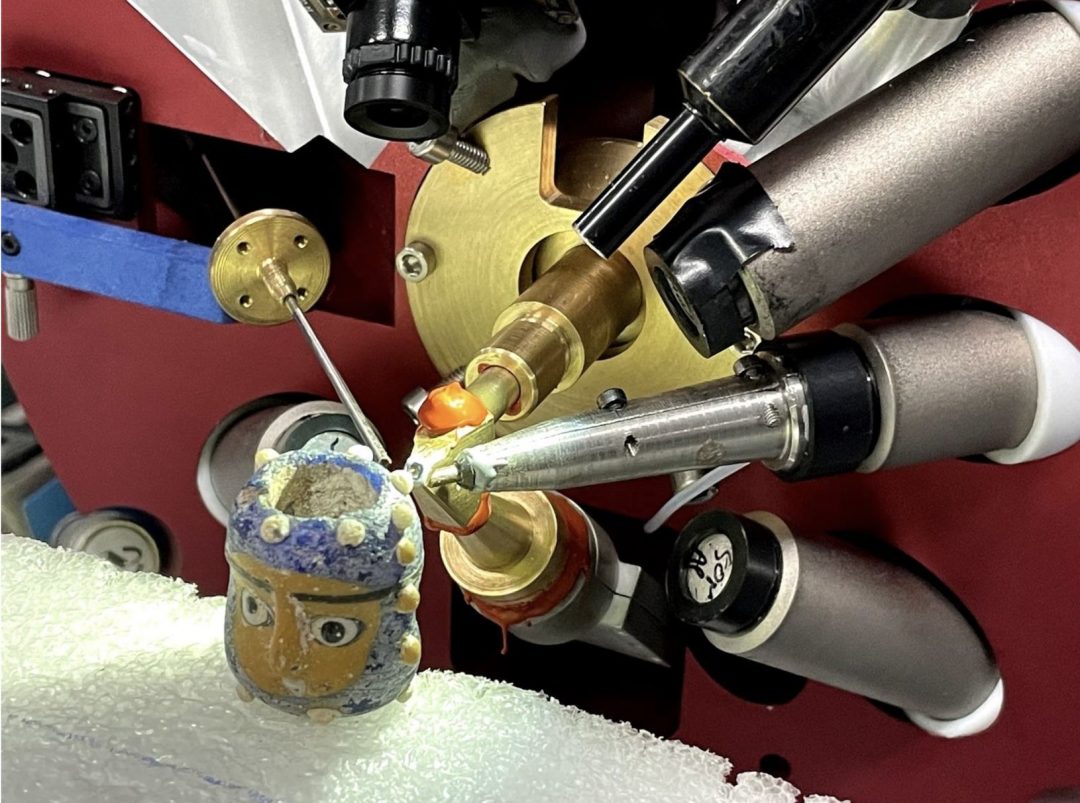 This project provided a detailed elemental composition analysis of a broad selection of ancient glass beads recovered from the Vaccaei necropolis of “Las Ruedas” (Padilla de Duero, Valladolid, Spain), which is the only known necropolis from this culture, that inhabited the Duero valley from the IV to the I century BC. As glass beads were imported good in this culture, their study provides valuable information about their commercial and political relationships. Particularly, the archaeological site of “Las Ruedas” presents remarkable findings of such nature, with about one thousand pieces recovered by 2020, most of them well-preserved and found in well-defined contexts, which makes Pintia the most important archaeological site in terms of glass beads in the interior of the Iberian Peninsula.
Accordingly, this project achieved the first broad study with statistical significance of the elemental composition of these ancient glass beads, obtaining valuable information to relate these samples with the main contemporary workshops along the Mediterraneum. In addition, it is particularly relevant to detect the presence of trace and ultra-trace elements, as they could provide evidence about diverse workshops employing similar glass production processes. Moreover, their preservation state was addressed by evaluating the presence of degradation processes (e.g., de-alkalinization). With this aim, these samples were studied by PIGE and PIXE, as well as IBIL. The obtained results will be incorporated into a database in the development of hundreds of ancient glass beads which is expected to improve the understanding of the ancient glass production and commerce along the Mediterraneum.